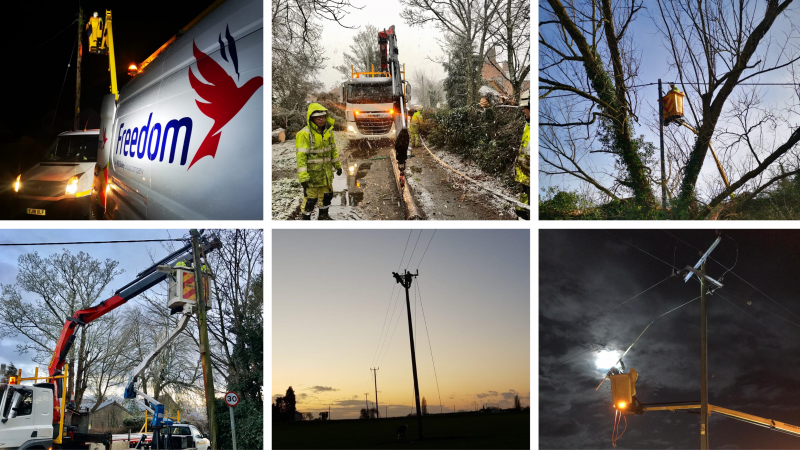 Teams from Freedom have been working round the clock to assist UK Power Networks in restoring power supplies to customers following the widespread damage caused by Storm Ciara.

62 engineers from Freedom’s network team worked alongside engineers from the power distribution company braving atrocious weather to restore supplies to affected customers across the south east of England. Their contribution has been recognised by UK Power Networks with a thank you to the teams involved.

Earlier this week, winds of more than 73mph caused damage to electricity networks across parts of the east of England and south east. The company prepared for the weather by mobilising more than 1,200 field operational staff, including teams from Freedom.

Together they worked through the storms repairing the damage and quickly restoring power to the affected homes and businesses.

The teams have been thanked by UK Power Networks for their contribution and for braving atrocious weather conditions to get supplies back on to 400,000 customers within 48-hours.